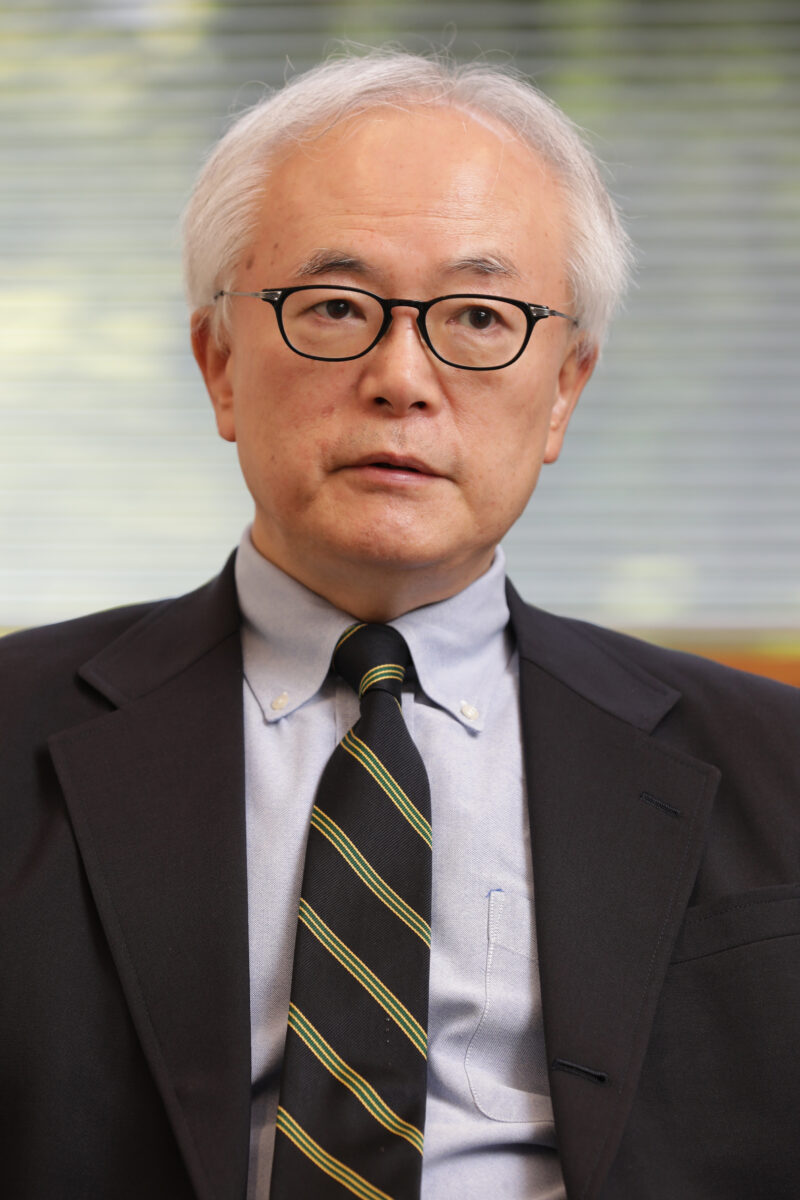 The outbreak of COVID-19 led the world community to a self-isolation, challenging the processes of globalization and multilateral cooperation. The pandemic has been affecting foreign policy, economy, and daily routines. What is your take on the global pandemic, its current and future implications for the world?

First off, bear with me a moment when I make a disclaimer that what I will tell you now represents my own views and opinions and no one else’s, and I seriously mean it. Now, COVID-19, the worst global pandemic the post-industrialized world has ever undergone, has not united but divided us in the world since its outbreak. Trust among peoples is an even rarer commodity than it was pre-Corona. The UN-WHO has yet to recover its lost credentials. What could have been an alternative outcome? As a source of the pathogen, the Wuhan-born novel Coronavirus, the People’s Republic of China could have behaved more modestly. Beijing could have admitted, firstly, that they were slow in reporting to the rest of the world of the emergence of the virus and, secondly, that their sanitary standards had remained poor, ones unjustifiable for a would-be superpower. Instead, the country let its “wolf warriors” use their harsh tongues to whoever even slightly criticizes China. Along its border, concurrently, China has escalated tensions with India, Vietnam, Taiwan, and indeed with Japan, while squeezing Hong Kong’s cherished freedoms. In times when trust is scarce, “birds of a feather will likelier flock together,” in the good sense of the word. Seasoned alliances, such as the one between the U.S. and Japan, will gain renewed salience. Japan, for its part, will likely bolster its relations with partner nations that share fundamental values and maritime identity.

How pandemic is affecting economic regionalization processes in Asia?

As regards economic liberalization attempts, second thoughts, soul-searching, and at the least a temporary pause will ensue before giving steam again to the processes, including one for RCEP (Regional Comprehensive Economic Partnership). In many countries, there is a sharpened cognizance that one cannot rely too heavily on a single source in the procurement of crucial materials, personal protective equipment, facial masks, and the like. Awareness has also emerged that the supply chain networks that have hitherto transcended national boundaries in a rather nonchalant fashion are particularly vulnerable to contingencies such as an outbreak of contagious diseases. Buzzwords going forward will be “on-shoring” not «off-shoring», and “in-sourcing” not out-sourcing. Major corporations will be encouraged to put pandemics such as COVID-19 into their BCP, or business continuity planning, scenarios. Still, a race should go on as to who deserves to set rules: ones for the future trading regime, 5G, AI, data-free flow, etc., and for the coming international financial architecture. I am of a view that one should benefit more than otherwise from allying with English speaking democracies for the reasons that the media in the world do not speak Chinese, Japanese, German, or other local languages and that their conduct, easily observable for many, obtains more transparency.

In your view, what is the best way to preserve human security during the pandemic, yet ensure political freedoms, and keep the market economy alive?

One should simply say that absolutely no one else but the Chinese could afford to do what the Chinese did in response to the Wuhan-born virus. The Chinese Communist Party and its government have for decades gathered sensitive information about individual citizens. They have long divided their nationals into two categories, one for urbanites and another for the rural-born. Their surveillance network has proven effective in checking and controlling people’s movements, yet only on such a basis as depicted above, one that their unique ruling system has built, and at a cost bearable to no one else. As far as Japan goes, it represents an isolated case whereby absolutely no enforcement measure but the only moral situation was taken, and yet the country has succeeded in minimizing the total number of COVID-19 caused deaths, which, at this writing, is still below 1,000. The proliferation of CT scanners that detect interstitial pneumonia, a symptom found to be unique to COVID-19, as well as that of trained cluster trackers, who have since the 1930s worked to keep track of pathogen carriers – TB patients inter alia -, are among the perceivable reasons behind the success.

Japan is striving to transform and shape society’s future through “Society 5.0” vision, where high-tech such as big data, Internet of Things (IoT), robots, AI are widely used across new and traditional industries, educational system, and other social segments. In your opinion, how well and fast Japanese society can adapt to these new trends. What are the key driving factors necessary for the “Society 5.0”?

Now, your question about Society 5.0, which is a jargon Japanese Ministry of Economy, Trade, and Industries coined a couple of years ago, tells me of the importance of humbleness. To blow your own horn does not give you path-breaking innovations. India, for example, is a leap-frogger that has done commendably a lot in streamlining connections between individual citizens and the governments both central and local. Whilst that may be an achievement affordable only to late-coming industrializers, the COVID-19 experience has told the Japanese that further down the road they have a Mount Fuji of challenges. In Japan, much fewer pupils and students than in other OECD nations had education opportunities on-line, due to the slowness of adopting computer-aided education means. Financial rescue packages, although sizeable, took time, longer than anticipated, to reach households, again for the reason that government to citizen connections had remained far from digitalized. To usher in the society to be fifthly built after the fourth industrial revolution – which is what “Society 5.0 means” – Japan must work harder still to diversify its human talent pool, invite collaborations with scientists and engineers from across the globe, and encourage men and women to be much less risk-averse.

Last year, Japan has entered into Reiwa era. Taking into account ongoing turbulence in the Middle East, the fall of oil prices, COVID-19, the rising confrontation between the US and China, old territorial disputes in the South China Sea, what is Japan’s grand strategy on regional peace and stability?

For sure, it is under the reign of His Majesty the Emperor Naruhito the Japanese are now living. Yet the country’s long-term strategy remains unchangeable. To tell you why is to tell you something self-evident. Firstly, Japan’s identity is one of a maritime nation surrounded by the seas and separated apart from the adjacent continent. Secondly, it is therefore a nation that has greatly benefited from liberal and open trading regime, in which the rules-based order in and above the oceans is what the country always ought to cherish. Thirdly, the fact that its economy is thrice as large as that of Russia or South Korea reinforces the value Japan must continue to put on the preservation and enhancement of the liberal and open international platform. Fourthly and most importantly, Japan is amongst the most seasoned industrialized democracies. Combined, you see the rationale that Japan must continue to work as closely as it can with freedom-loving, maritime democracies.

The US-Japan alliance plays a vital role in Tokyo’s self-defense approach, while relations with China are growing steadily. However, for the last 3 years, Japan has been adjusting to President Trump’s style of global leadership. Trying to preserve stability in Asia, how Japan is managing relations with both Beijing and Washington and other regional actors amidst rising geopolitical tensions?

Japan is not doing any balancing act between China and the United States. Only by strengthening its power, hard, soft, sharp, or whatever, Japan could stand stable and tall amidst the rise of China. Japan could do that, again, only by allying even more strenuously with the United States, first amongst others such as Australia, India, the U.K., and France. And yes, whoever just chances to be in the highest office of the United States, it is the first, second, and the third most important task for any Japanese Prime Minister to build the best possible trust with the POTUS.

How does Japan view increased Chinese engagement in Central Asia?

I should say whenever you need, say, more oxygen, feeling smothered under the extended shadow of your much mightier neighbor, send your cream of the crop future leaders as many as you possibly can to my country, Japan. The Japanese will be very much curious to learn more about who you are, what your country is like, and what you wish to accomplish in your professional careers, but they will never, ever, be looking down upon you because the sense that the world ought to be built on a hierarchical order is grossly foreign to the Japanese. After all the country is like a well of experiences, some of which are shameful whilst others not, from which you could learn more, as you dig deeper into its past and present. 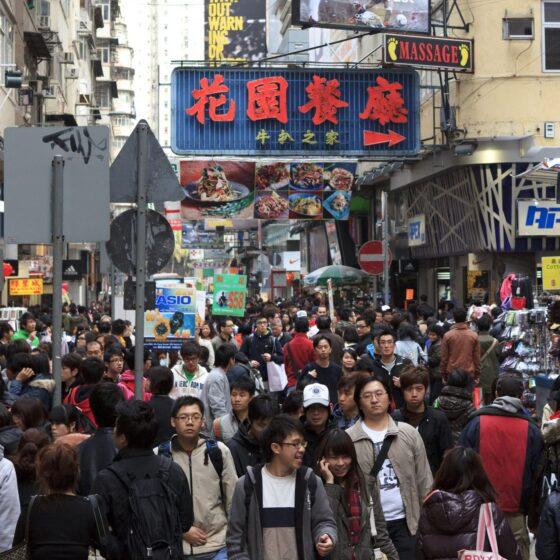