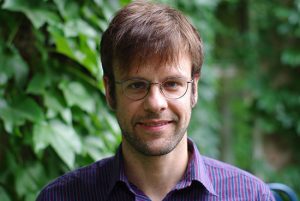 China is present in everyday life of every Central Asian now. We study Chinese language, travel to China for goods, see Chinese construction and road workers, or at least buy Chinese products. We read about them, talk about them, write about them. What else do we do about China and how China impacts the way we talk and think about it? In an interview to CAAN anthropologist and human geographer Rune Steenberg shares some in-depth to Chinese-Central Asian relationship, especially at level of ordinary people. Professor Steeneberg received his MA and Ph.D. from Freie Universität Berlin and currently pursues his post-doctoral studies at the Department of Cross-Cultural and Regional Studies in the University of Copenhagen, Denmark.

Let’s start with what Central Asia thinks of China. Do we speak enough about China’s place in Central Asia now at all levels? Officials, academia, media? And to what extend these talks reflect the reality?

It is my experience that Central Asians have mixed feelings about China. I can speak mainly about Kyrgyzstan, which is the CA land I know best. Four years ago when the Chinese involvement was still mainly confined to building roads and delivering consumer goods to the booming re-export markets in Kyrgyzstan the picture of China was very rosy if somewhat unclear. China was seen as a great investor for the future and many young Kyrgyz were starting to learn Chinese but it was still a country very much in the distance.

In the last two years this has changed, China has become more present in the landscape and private Chinese land purchases have sparked concern. Generally the professional elite still seems positive about Chinese investment and help including on the area of medical technology but much more skepticism has risen. This is connected in part to China having become more visible and thus more real to people. They are no longer confined to be the imagined producers of cheap consumer goods of dubious quality but start exerting influence on economic affairs and demonstrate both financial power and strategical adeptness, even cunning. I think China has risen in esteem to Kyrgyz people, they are taken more seriously, even admired more than they were before. But this has also made them more threatening, not least because in the actual communication between Chinese and local Kyrgyz there are still immense cultural and linguistic problems.

In Osh I have seen the presence of Chinese in the cityscape increase in the past years. This includes large warehouses in the city centre, construction and also hotels and even ordinary food shops. Billboards flaunting commercials show the presence of Chinese capital for all to see and whereas they were seen as exotic a few years back, today they also have a warning character to them in the eyes of local Kyrgyz and Uzbeks.

Except for teaching Chinese at Kyrgyz universities and language schools and the Confucian Institute, I do not see much of Chinese presence or influence in academia, but I may just be underinformed on this. When waiting in the lounge of the Peking Hotel in Osh in fall 2016, I remember being surprised to find a weekly newspaper promoting China and Chinese policies in Kyrgyz and Russian laying out and I know that China has begun to fill quite a bit in the media now, not least related to Xi Jinping’s OBOR/BRI developments.

Does China influence how and what Central Asia talks about it? If yes, how? Does China care about its image in Central Asia in official and public spaces?

Except for the mentioned newspaper in the Peking Hotel in Osh and the arrangements of the Confucius Institute I believe that commercials and billboards play the largest role in influencing public discourse. This takes place in an indirect way that I do not think is controlled by the Chinese government.

I have reason to believe from both rumors and more reliable sources that the Chinese government puts pressure on the Kyrgyz to clamp down upon any type of Uyghur exile political expressions and probably also has Uyghur suspects and illegal border crossers extradited. But this is obviously something taking place rather behind closed doors. As an effect hereof and the involvement of high government officials in such deals I see an influence on how the Uyghur case is covered in the media and public discourse where it is avoided or connected to the fight against Islamic fundamentalism.

In Kazakhstan where Xi Jinping launched his OBOR initiative in 2013 and where he has good relationships on more of an equal standing with president Nazarbaev, I believe that the situation is slightly different with more Chinese engagement to keep good relations and possibly less docility on the side of the government than in Kyrgyzstan. The border disputes between Kyrgyzstan and China that were settled in 2011 despite on paper ending fairly favourably for Kyrgyzstan were seen by much of the population as a sell-out of land to the Chinese and this still lingers in the public sentiments.

What is the political and economic importance of Central Asia for China? Is Central Asia an important part of the One Road – One Belt or other Chinese programs?

Economically on paper CA’s importance is negligible to China especially since the establishment of the EEU customs union has made the conditions of border trade less favorable. The exception is of course gas and oil where large pipeline projects have dominated the agenda and construction. Here I see the really important role CA plays for China’s economy. Development of The Great West policy gave a space and market to construction companies and overcapacities from inner China but as this has been exhausted I see OBOR/BRI in large part as an extension of this beyond the Chinese borders and herein the Central Asian countries play an enormous role: they hold a great potential for growth and expanding markets. I do believe that China would be very interested in accessing the Uzbek market especially.

China has a crisis of accumulation, an effect of the shifting world economic order and the phenomenon of financialisation that hit the US and Europe in the 1980s and resulted in neo-liberalism and foreign aid including the IMF and World Bank lendings to dictators around the world. OBOR is China’s neo-liberalism. Its profiters will be the Chinese companies and economy and it will be financed by the AIIB and Silk Road fund and by local governments taking loans with these institutions. The Central Asian governments are prone to this and have already amassed an enormous debt with the Chinese and this gives China a great upper hand in a long term perspective.

Also CA could become the trade bridge to Europe, but I think this has secondary priority at the moment and is not terribly realistic. On a political scale I don’t see CA as a playing ball between Russia, USA and China – not from a Chinese perspective anyway. Politically Pakistan is much more important and the South China Sea. The most importance of CA politically to China is as a place to contain Islamic fundamentalism and different forms of rebel groups from influencing Xinjiang against influences and concrete material, people and organisation coming from the USA’s failed wars in Afghanistan and the Middle East.

How often and what do main Chinese media write about Central Asia? Are there special think tanks in China focusing on CA?

I don’t think CA is very much discussed or even known in China. In the wake of OBOR/BRI talks there has been a bit of coverage and there are a lot of think tanks concerned with OBOR including the economic corridors going into Central Asia but I know of none concerning Central Asia directly. I know that CASS, CICIR (Chinese Institute of Contemporary International Relations) and SIIS (Shanghai Institute of International Studies) all have experts working on Central Asia.

Will China keep focusing on economic relationships and security with CA republics or will start challenging Russia in the politics in the region too? Does China still consider Russia’s interests when drafting policies and cooperation in CA and avoid confrontation with Moscow?

I do believe that China’s interests are mainly economic and security related and I don’t think that they have a zero-sum power competition agenda with Russia in Central Asia. I think they are satisfied with how things are divided as it is, but try to avoid some of the biggest mistakes they made in Africa and also those they made in Xinjiang. I believe that one key to this is for the Central Government to be more involved in controlling and setting the frame and limits within which Chinese companies can operate in these countries and I believe that there is starting to be an awareness of this on the Chinese side.

What can we say about Chinese soft power in the region?

I think that it is important to the Chinese but that they have not yet really figured out how to implement it effectively. So far I don’t see them having any strong impact. Their most effective program is that they invite and finance hundreds of students from CA to come to China for BA and MA degrees and language courses each year. This will have a long term effect I believe.

Do they consider interfering in internal politics in CA? In 2012 during violence and riots in Tajikistan’s Badakhshan, China issued an official statement supporting the Tajik central government. Can we say it was the first public interference of China into internal affairs of a Central Asian republic and it was just a start of more Chinese involvement into internal politics in the region?

I think they will generally support the governments in power and anything that enhances stability. Other than that I do not believe they will interfere.

I think the main issue ordinary people in Central Asia worry about if they will soon become minority in own countries losing the majority title to Chinese? Will this happen?

I have heard this as a concern too, but I do not see it as realistic. Central Asia is not particularly popular in China and I don’t believe that this will change soon. But on a longer term scale of things I do believe that these fears could be an impediment to China’s operations in the area. China is too big and too foreign and unpredictable for Central Asians to feel really safe around her.